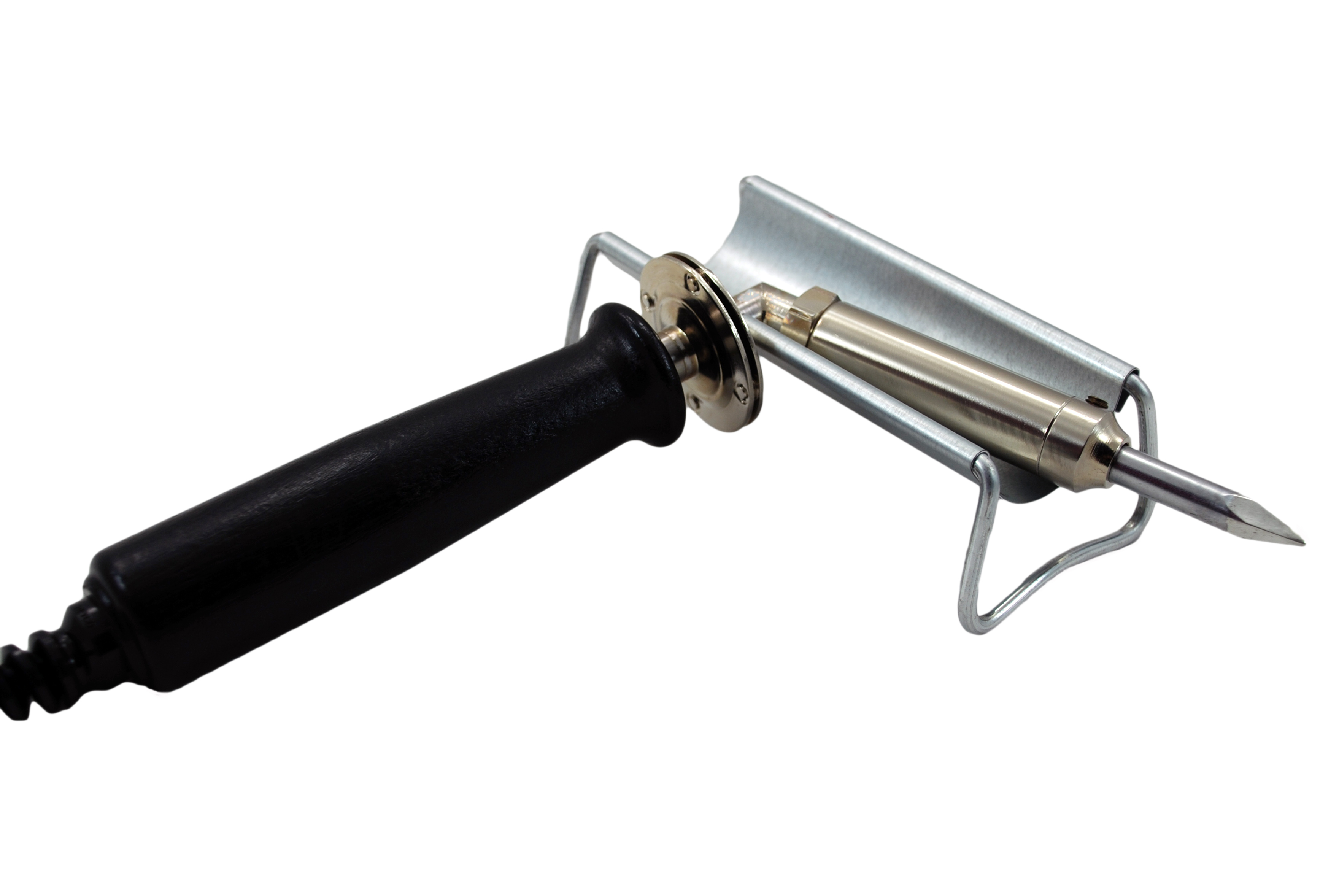 Product Overview
An exacting laser cut followed by a precision brazing operation turns our Heavy-duty soldering iron into an Ergo Iron. Ergo Irons have initial wattages ranges from 60 to 175 Watts with corresponding maximum tip temperatures of 850°F to 1025°F.

Soldering all day can be a real challenge. Workers have to deal with the heat, the fumes and the weight of the soldering iron itself. We developed the Ergo iron to make it a little easier by reducing the tension on their hands and wrists. We felt it was the least we could do. The near 90 degree angle in the soldering iron casing allows the user to operate the iron from an ergonomically comfortable position. The irons perform to the same exacting standards as our straight irons and are covered by the same warranty. (Stand Included)

Features and Benefits
The near 90 degree angle in the soldering iron casing allows the user to operate the iron from an ergonomically comfortable position, reducing tension in the hand and wrist.

Ni-Chrome Compression Wound Heating Elements are proven to be the most reliable heating element for maintaining soldering temperature in production environments.

Replacement Parts
The following products can be used as replacements for Model 3138XE-175 featured on this page:

Accessories
The following products can be used as Accessories for Model 3138XE-175 featured on this page:

Similar Products
The following products are related (similar model but different specifications, etc.) to Model 3138XE-175 featured on this page:

Applications
Users of this product have stated that they use it for several jobs which include but are not limited to:
Technical Specifications